Need a Plumber in Toowong?

Home » Need a Plumber in Toowong? 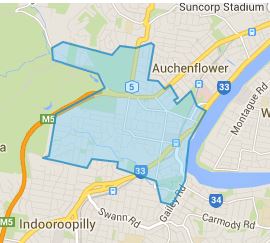 For as long as Brisbane has been a city, Toowong has been a much sought after place to live, and this trend is set to continue. The appeal of Toowong is undoubtedly it’s close proximity to the thriving Brisbane CBD and vibrant Southbank and West End precincts. But at the same time it has the community feel of a suburb much further away.

This popularity is well demonstrated by the population figures at the last census, with over 11,000 Queenslanders calling Toowong home, in an area just over 5 square kilometres in size.

The unique feature of Toowong that allows this many people to live here while still not feeling crowded is the winding and hilly streets, coupled with the well-established gardens and trees, especially large Jacarandas. These features mean that sight lines are broken regularly, and residents have privacy.

The Jacaranda trees are also a feature of Coronation Drive, along a portion of the Brisbane River that snakes through Toowong. Bike paths and the popular City Cycle scheme mean that cyclists are a common sight, especially on weekends.

The suburb is also home to two heritage listed pubs, with the iconic Regatta Hotel still sitting alongside the Brisbane River despite two devastating floods, and the Royal Exchange Hotel a stones throw away.

Living and Working in Toowong

The popularity of Toowong has led to an increase in the number of mixed residential and medium density residential buildings over the past 20 years. In addition to affordable student lodging and share houses, luxury apartments have also commenced works or been completed in recent times.

The result is an incredibly diverse population, with influences from south east Asia to Europe and everywhere in between. This is especially evident in the casual dining culture, which has witnessed a boom with offerings ranging from traditional Italian to Burmese and Middle Eastern.

In an area with this many apartments and share houses, plumbing jobs take on a new urgency as a single burst pipe or defective bathroom can affect many people. For emergency plumbing needs, Citi Plumbing is always ready to serve the residents and businesses of Toowong.

Individuals, landlords and property managers should not take the chance of trying do-it-yourself repairs. The problems will likely return and potentially cause more damage, more inconvenience, and cost more money.

Citi Plumbing is a trusted local Brisbane plumber – we are known to stand behind the quality of our work, and have the capacity to undertake major works for commercial and medium to high density projects.

When you need quality and reliable plumbing and gasfitting services in Toowong, our friendly staff are ready to take your call on 1300 002 484 or receive your email enquiry