Need a Plumber in Sunnybank?

Home » Need a Plumber in Sunnybank?

Sunnybank, located 16 kilometres south of Brisbane’s Centre is one of the city’s iconic suburbs. Although it’s borders are considerably smaller than they once were, there is still a diverse culture within the suburb that is unique to any other area in Brisbane. There are 2 train stations within the suburb (Sunnybank and Altandi) and is accessed by road via Beenleigh road, Mains road, and McCullough street which residents battle through during peak hour as the roads becoming increasingly congested. Sunnybank Plaza also hosts a large bus station which serves as a major thoroughfare for many services and heads out to nearby suburbs such as Sunnybank Hills. 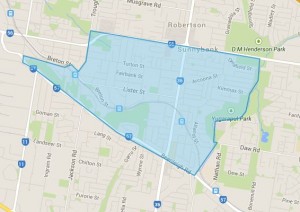 House prices tend to be higher in Sunnybank than surrounding suburbs as there is a higher demand to live in this area due to strong community ties. As developers seek to further the proliferation of the suburb, they’re forced to build up as undeveloped land is in short supply. Even so, there is a strong presence of separate house dwellings in the suburb, consistent with other suburbs in the area. These homes feature the more common architecture seen throughout Brisbane but also boast an oriental influence as many of the homes and businesses in the area are populated by Australians with Asian descent. This is why Sunnybank is seen as a thriving multicultural suburb with strong Asian influences in architecture, culture and of course food! The only place with more Chinese restaurants in the city is China Town!

Sunnybank has a large commercial and residential community with a number of shopping precincts in the suburb featuring Kmart, Coles, and even a cinema. Because of this, the work Citi Plumbing does in Sunnybank and Sunnybank Hills is extremely varied. Being part of the local Sunnybank Chamber of Commerce is a great way to build rapport with local business owners. We have done work ranging from restaurant fitouts, greasetrap supply and installations, public amenities development, commercial coffee machine installations, pipelines, and even large stormwater projects.

We also have a loyal residential plumbing customer base who constantly see our plumbers’ trucks zooming around the suburb. We’re proud to provide our expert plumbing services to the residents and business owners of Sunnybank. This is easily one of our favourite suburbs to work in as most of our plumbers either grew up in the area or have strong professional and personal ties to the suburb.

If you live or work in Sunnybank or Sunnybank Hills and you are looking for a plumber then make sure you call Sunnybank’s best plumbers! We offer free, no obligation quotes to all Sunnybank businesses and residents so to get started simply fill in the contact form on the right or give us a call today!